To stage the music

TO STAGE THE MUSIC – HEINER GOEBBELS

Story of a composer for whom an orchestra is not enough

Three years with Heiner Goebbels, to tell the story of his half-century-long career through his latest symphonic work.

What holds together a Bach fugue, a road sign used as a gong, a text by Samuel Beckett and the voices of two Georgian prisoners from 1916? Heiner Goebbels is an eclectic composer, impossible to define according to the definitions of XX century’s music and art. He uses space, objects, bodies and ethnographic recordings as musical instruments. In his fifty-year career he has experimented with everything: from rock bands to opera directing, starting with “Bella Ciao” to arrive at “A House of Call”, his latest creation and a synthesis of his career. The film goes through the three-year creation of this particular symphonic work, from the first meeting with the conductor to its debut at Berlin Philharmonic. The pieces of the concert, filmed in detail by a single camera among the musicians, are the starting point for tracing the threads of Goebbels’ artistic creation, linked to the historical events that have marked the last fifty years in Germany and Europe. Archival footage and interviews tell the journey of an artist who has never stopped experimenting.

To stage the music – Heiner Goebbels

a film by Giulio Boato
produced by 313 film production (Italy)
in coproduction with Vertical Production (France), In The Cut (France), inselfilm produktion (Germany) 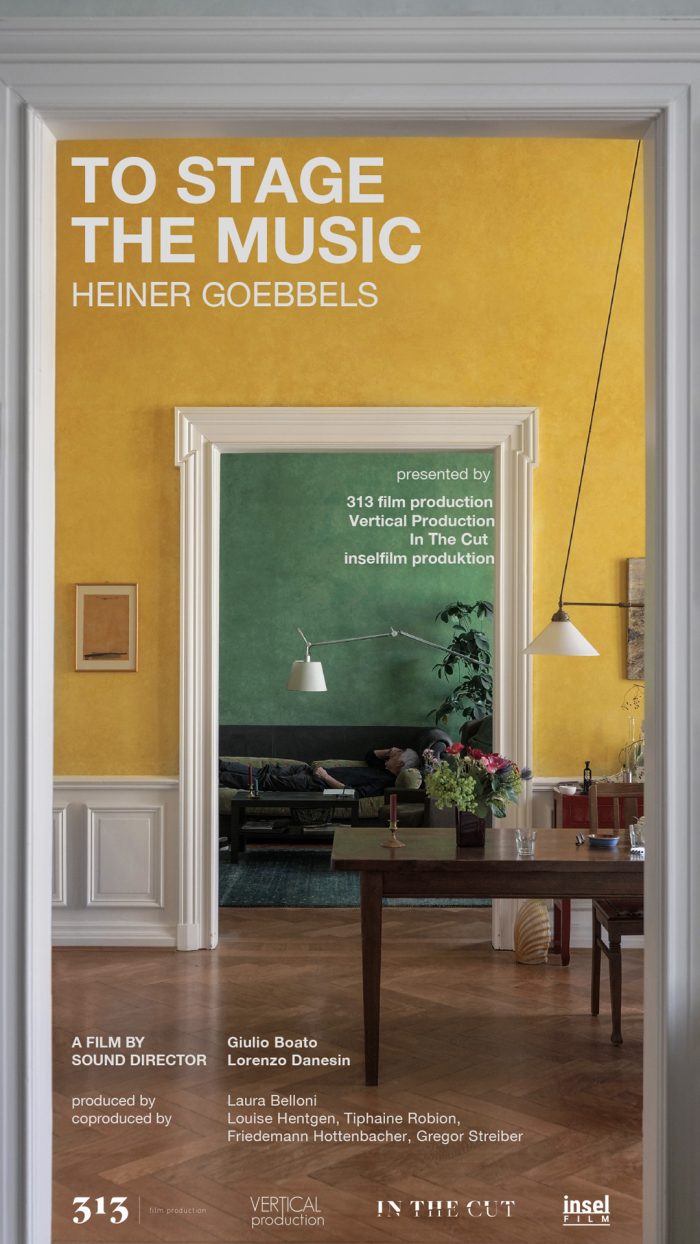 TITIAN. THE EMPIRE OF COLOR